I am going a long vacation where there is no internet connection, I will hopefully be back but do not know when. So much to say but little time on this computer. Everything messed up. 😵😵😵

If I do not reply on comments I will as soon as everything get back to normal.

Yes, y’all read right today I  was looking for a photo on my laptop  when I  realized I  had all my photos I  took from 2013 -2017  photo album  folder gone. . I thought had copies on a thumb drive. Nope, every single photo shots gone. Even the desktop computer it was on gone. 😭

I  will be taking a short break from here. With the internet always going off I don’t know when I  will be back and then there is something going on in my life, which is keeping me from posting.

When someone say things always remember to stop and smell the Roses.

Have a great week🌹

I  am running behind with my posts, I  should have posted my last review a few weeks back,, but things got busy. Anyway,  here is my last two months  of 2017.

November brought a few announcement from family members ❤.(I will post up dates on their news when it gets closer to the month,) Anyway, these beautiful blooming Roses.  I spotted this Rose hidden in the grasses

The Roses were hidden from view and shield from the coldness

Now,, U  took this photo shots a few days later. I think these photos came out nice.

These finally started to bloom well in November

They bloom all at once. Each time they would bloom, the Roses were not close together .

As November left Dec. 1 brought a nice day for this 42 years older.  Oh, yes a photo  of me . Actually, two

A new photo shot of me I  think this photo shot came out okay.  This photo was taken with my web cam

Thinking up ideas for a new short story

As the first week of Dec. passed on by the cold Dec wind  blow furiously and  brought the coldest weather I haven’t seen in years.  There was a wind chills something Southwest Louisiana does not have, and Snow  but not enough  for me to at a photo shot of.

The day we has a frost and I  was lucky enough to take these photo shots, I  think  these photos came out nice.

I think this photo shot is one of my favorite

Last but not least my favorite Roses were blooming  and here is a photo shot of the White Roses, frozen from a frosty Saturday morning .

The cold blast of a December north wind found its way to the deep southwest Louisiana.

As I came to the end of my photos in review,  I realized a lot has happened in 2017. which opened my eyes on a lot of things , which I  will write about in a future post.

Have a great week!🌹

These two months were not the best for me  but  I did find a few of my photo shots taken from past September.

I think this photo shot came out okay.

My first photo shot capturing the reflection of the sun in the water.  Sept. 2016

I did not expect the sunset to look like this.

As September walked away, October brought back old memories from years gone by.

I wish could have taken a tour of the inside but we were short on time.

My seven-day photo challenge  helped me get back  into writing and photography. Now, this photo shot was in color but I wanted to see how  the photo would look in  black and white, which in my opinion came out okay.

Have a great weekend 😊

July brought a lot of hot weather and blooming Roses,

In July I slowly returned to my photo shots of these Roses.

Okay, now I  to say, when I  venture outdoors with my camera I am always surprised by the sunset each time.

Never expected to capture this view. Wow! was my reaction.

Southwest Louisiana Rice Field the day before the rice field was cut.

I  guess watching the Rice Farmers cut rice reminds me of my childhood when my Dad use to drive the tractor with the rice cart.

Have a wonderful week! 🙂

March came marching in and  three photos shots from years past dropped by.   Of course, I  had to add my photo of a white Rose in  cool weather. 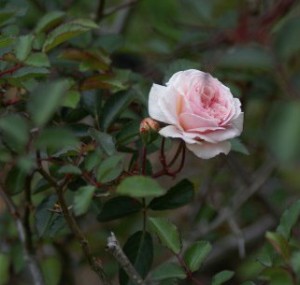 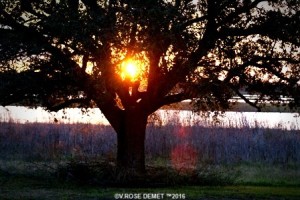 I am always amazed by my photos I have taken.

As March went on by, April brought these beautiful flowers  from the Mamou Tree/Coral Bean tree.

I waited for this little fellow to return each year. I had to zoom in for the photo shot.

Okay, these two photo shots were my favorite photos from April.

Have a wonderful week!  😊

After a busy two weeks, I like to take a moment to wish everyone a Happy New Year and Best wishes  to y’all in  2018.

Now, I will share a photo shot of my Mom’s White Roses, which bloomed in December. I took this photo shot the day after it Snowed. Had a frosty morning. Oh ]yes, we did get a cold blast of 20’s and wind chills in the teens here in Southwest Louisiana. But now we are in the 50’s .

Now, I think this photo shot came out Okay.

Have a great weekend😊

I got inspired to share different views of the Full Moon from the past years. I have alps resized my photo shots. Now, this photo shot was one of my first Moon shot, which came out Okay.

Now, this moon photo shot was a Strawberry Moon by the pinkish color. 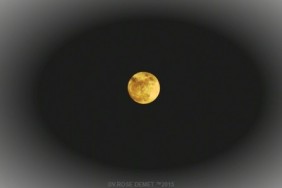 Oh, this photo shot of the Full Moon  is my favorite one 🙂

Have a great week! 🙂

Now, these photo shots is going back 21 years before I even was thinking about digital cameras.  I took these photos shots with my first camera. It was a Kodak 110 Camera. Unfortunately, when I got these photo develop

Last but not least my seven-day photo  challenge. Now, this is a photo shot   of the entrance to Rip Van Winkle Gardens. in  Jefferson Island, Louisiana. I will say it came out okay.

My Dad always spoke of these Oak trees on how they were planted by hand bu him and his family members. I am glad I finally was able to visit this place.

Have a great weekend! 🙂